The Robot Will See You Now: Understanding ‘Robotic Surgery’ 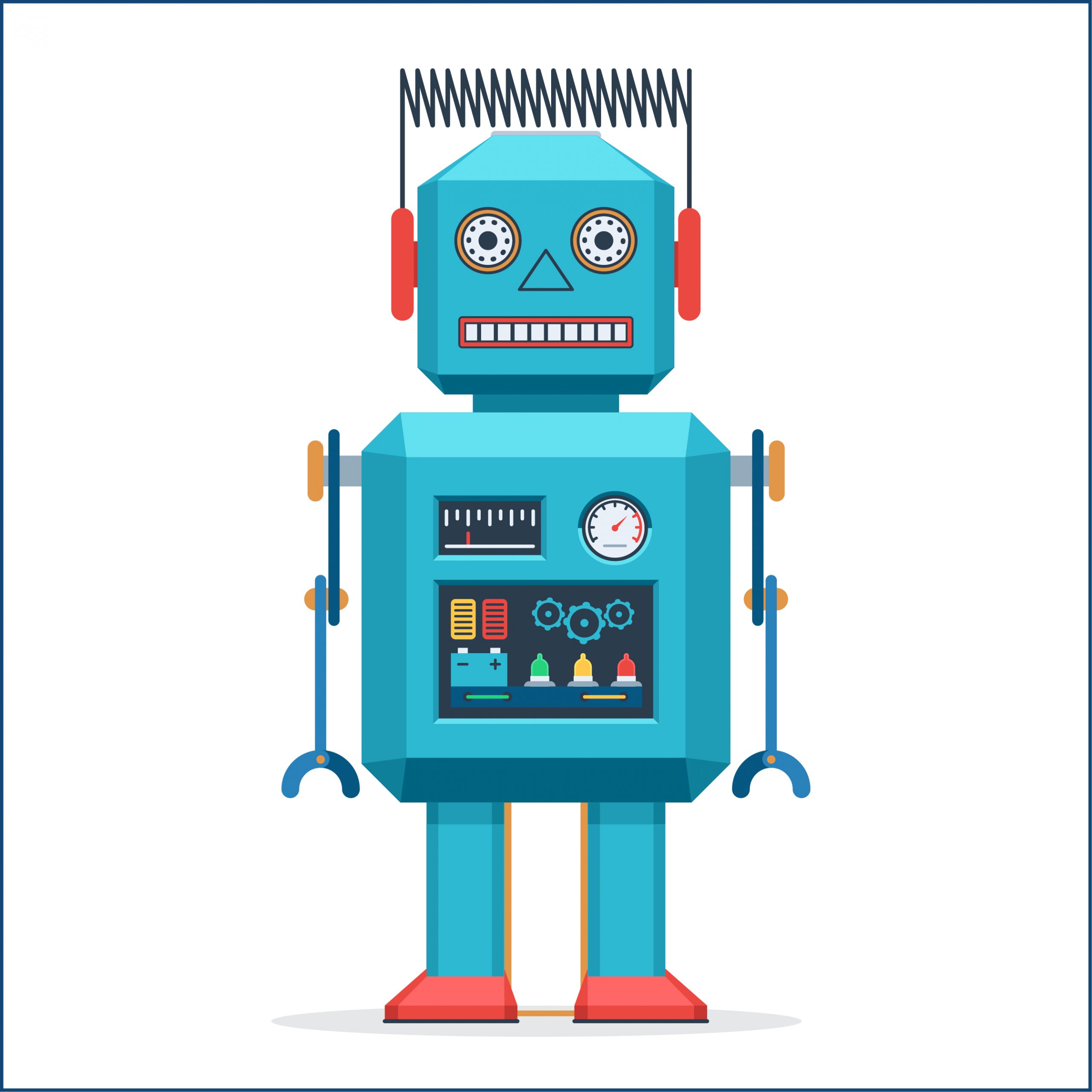 Today we are talking about another hot topic: Robotic Surgery.

For some people, the idea of a robot in the operating room sounds exciting. For others, it sounds kind of scary. (Cue the evil robot uprising movie!) There are many misconceptions about what it means to undergo robotic surgery, so let’s dig in!

What is robotic surgery?

Robotic surgery tends to be used in two ways:

2. Helping the surgeon perform the surgery itself. Most robots also have at least one surgical arm that has interchangeable tools attached. These robotic arms can make much more precise movements and, in some cases, can move in ways that are not possible for human hands.

Robotic-assisted surgery also allows for much smaller incisions (cuts) and has really been a crucial part of developing minimally invasive surgical techniques.

Some robots help the surgeon do both things.

Is the robot doing the surgery by itself?

No, the surgeon is still the one doing the surgery, but they use the robot as a tool to help them operate. As described above, some robots have surgical instruments attached and act as the surgeon’s “hands” for a large part of the surgery. Other robots have special sensors that help the surgeon do the surgery better by giving more information about the procedure being performed or the implant being placed.

Therefore, the more accurate term for this is ‘robotic-assisted surgery.’

The first time you heard about robotic surgery, it was probably the Da Vinci robot approved for use in 2000. (1) This robot has four surgical arms and a separate place where the surgeon sits, called the ‘console’ (it looks like a little booth), where they use controllers (somewhat like a video game) to control the robot’s movements. Because the instruments on the ends of the robot arms are very small and don’t need to be held by a human hand, they can fit into much smaller spaces. This means that a much smaller cut is needed to complete the same surgery.

[Note: In case you’re wondering, I spend a fair amount of time talking about the Da Vinci robot simply because it is probably the most well-known and well-studied surgical robot. I, personally, do not have any financial stake in the company, nor does FOI.] 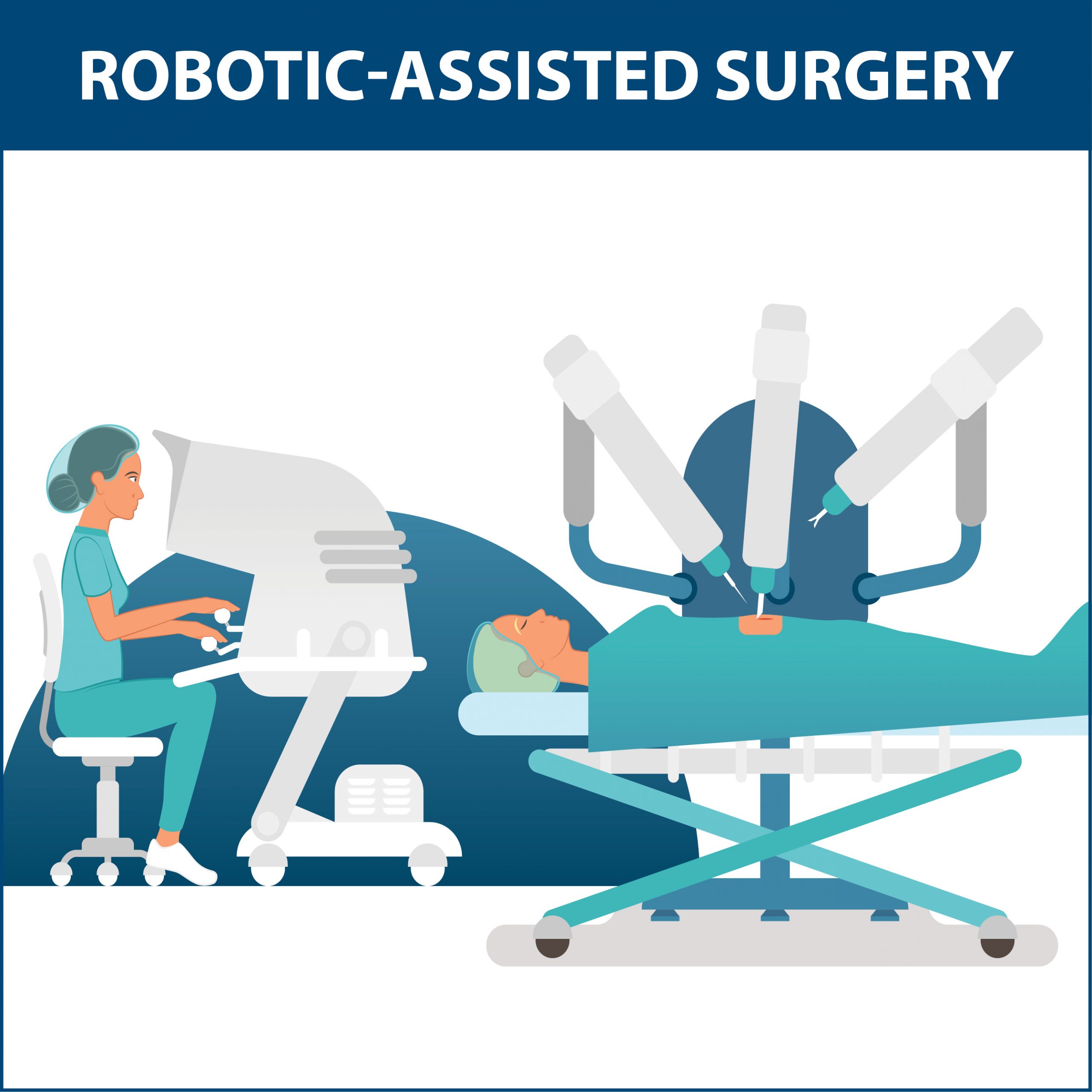 If the surgeon is still doing the surgery, why use a robot?

In orthopedics, most of the robots use a combination of preoperative imaging fed into a software program, sensors used during the surgery, and a single robotic surgical arm. These things are used together to help the surgeon remove the smallest amount of bone possible to prepare for placing the implants, select the best implant sizes, and place the implants in the best possible position for YOU!

Our bodies are all a little different, and what works in one person might not work well at all in another. Sometimes, moving the implant, even a hair backward or forwards, side to side, and up and down, can make a significant difference in how your knee or hip will feel. The robot can give the surgeon information about the pressure, alignment, and motion in a joint down to very tiny amounts. This feedback allows the surgeon to make these very small but important adjustments to give you the best feeling result after surgery.

Besides the ability to make smaller cuts, there are other advantages. Human hands, even those belonging to an excellent surgeon, are never going to be perfect. Ever notice how your hands can shake if you have too much caffeine?

Well, a robot will never feel jittery. There are also limits to how small of movements we can make with our human fingers, even when using the most advanced surgical tools. But a robot can make extremely small, precise, controlled movements very easily. 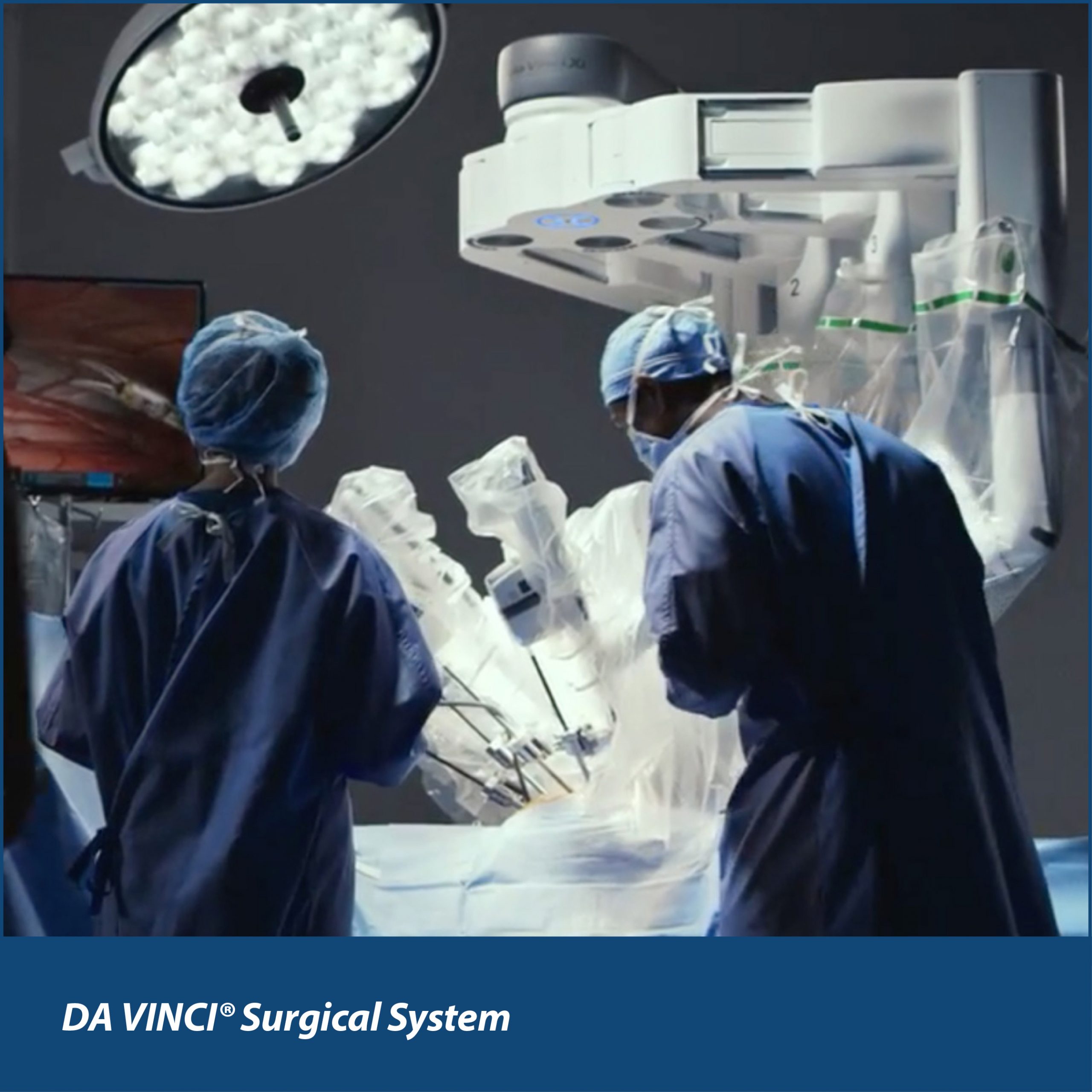 A great illustration of this concept can be seen in a pair of videos posted in 2010 and 2014, respectively. These videos show surgery being performed on a grape using the Da Vinci robot.

In the first video, the surgeon carefully makes two cuts and peels the skin back on the grape! In the second video, which was posted a few years later- you can watch a grape being stitched back together. It really is amazing to watch! These videos do a great job of showing both the tools and the level of very tiny, delicate movements that these robots are capable of.

Watch a grape being stitched back together here: https://www.youtube.com/watch?v=0XdC1HUp-rU

So, what are the overall pros and cons of robotic-assisted surgery?

If robots improve surgical outcomes, why doesn’t every surgeon use one? 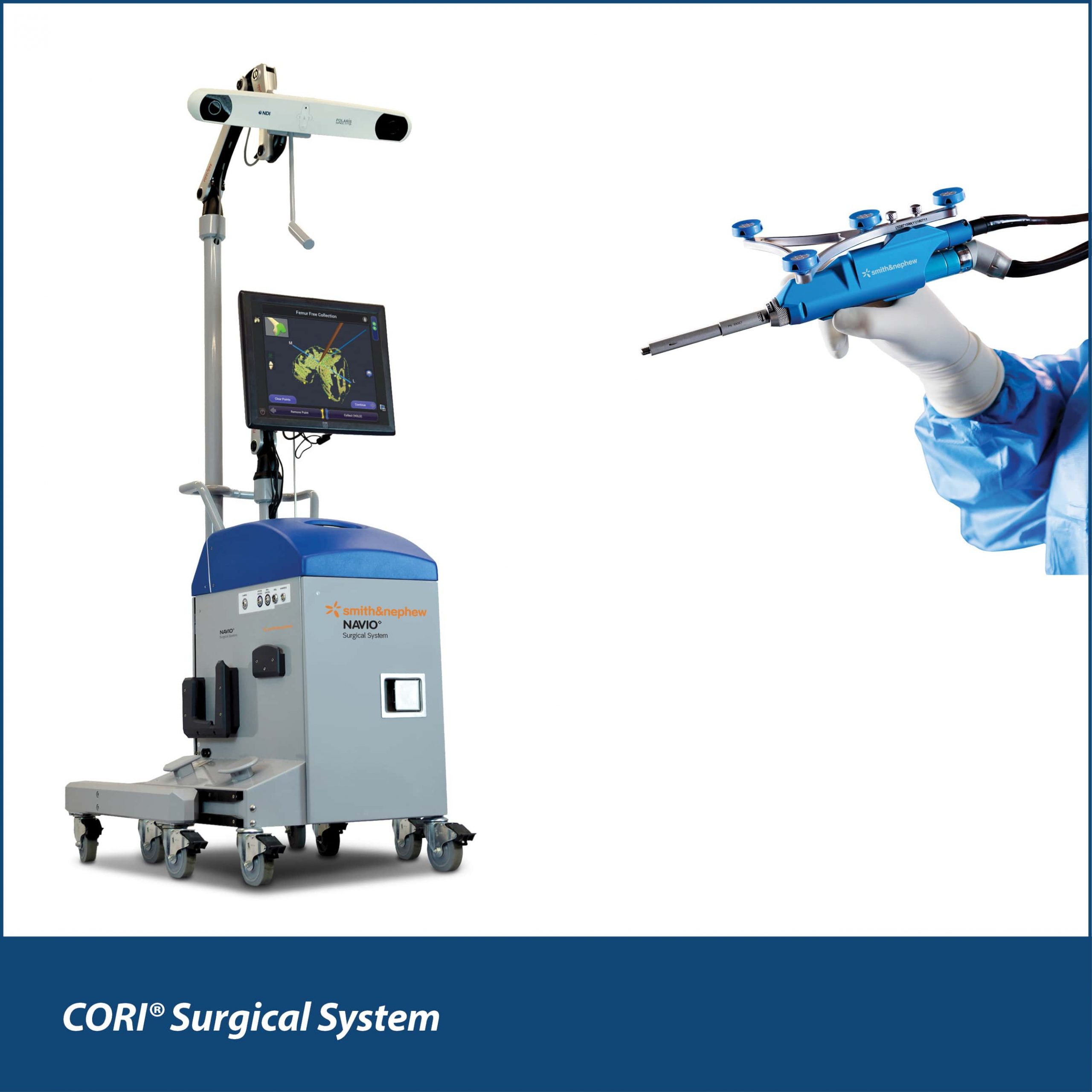 How long has robotic surgery been used in orthopedics?

The first robotic system for orthopedic surgery was called Robodoc (Ha!) and was developed in the late 1980’s – early 1990’s. (11) Robots have now been in regular use for roughly 20 years! Right now, it is estimated that roughly 5-7% of joint replacements are performed with the help of robotics, but that number has been rapidly increasing and will likely continue to climb. (12-13) That said, it is unlikely that ALL joint replacement surgeries will ever be entirely performed with robots. 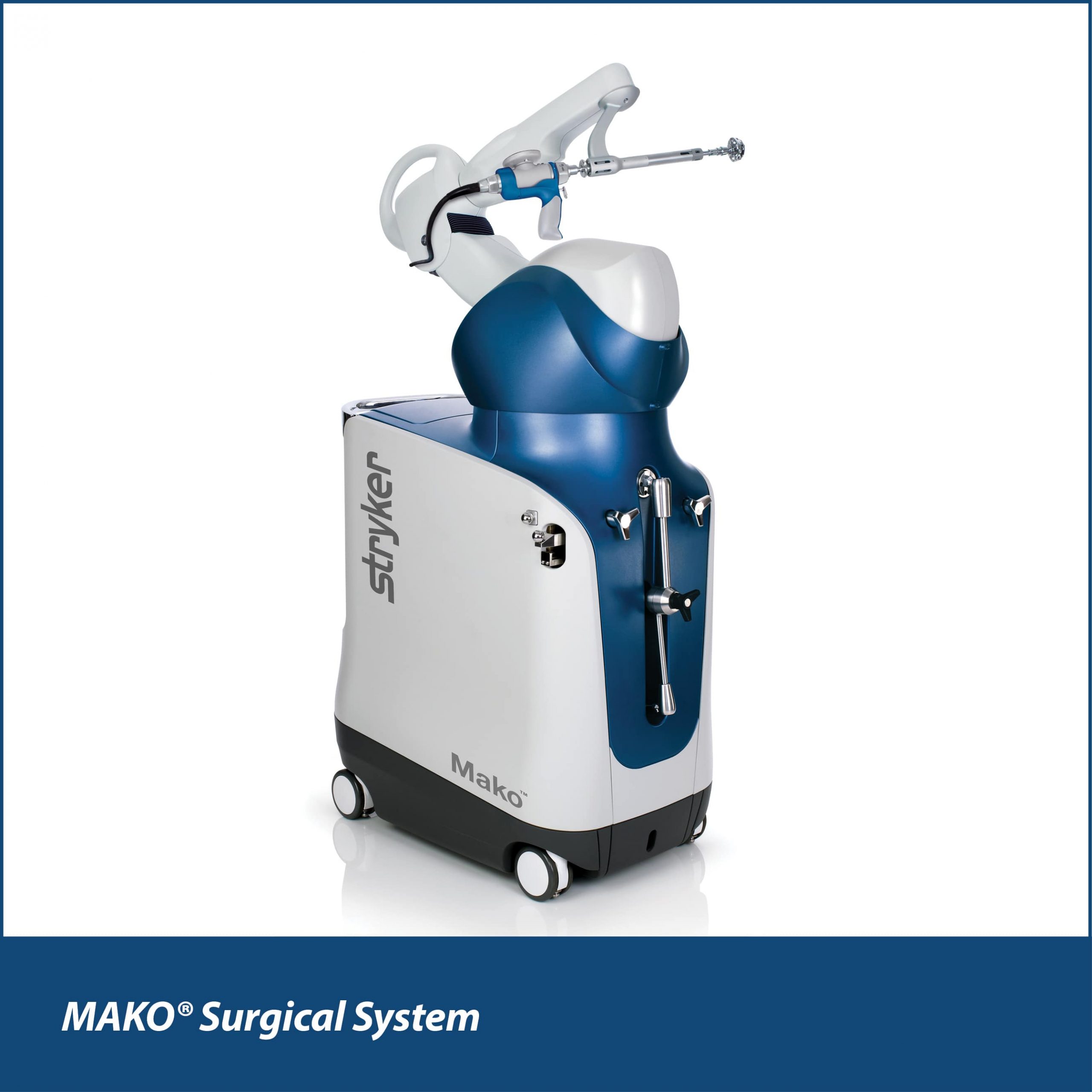 Is robotic-assisted surgery done at FOI? 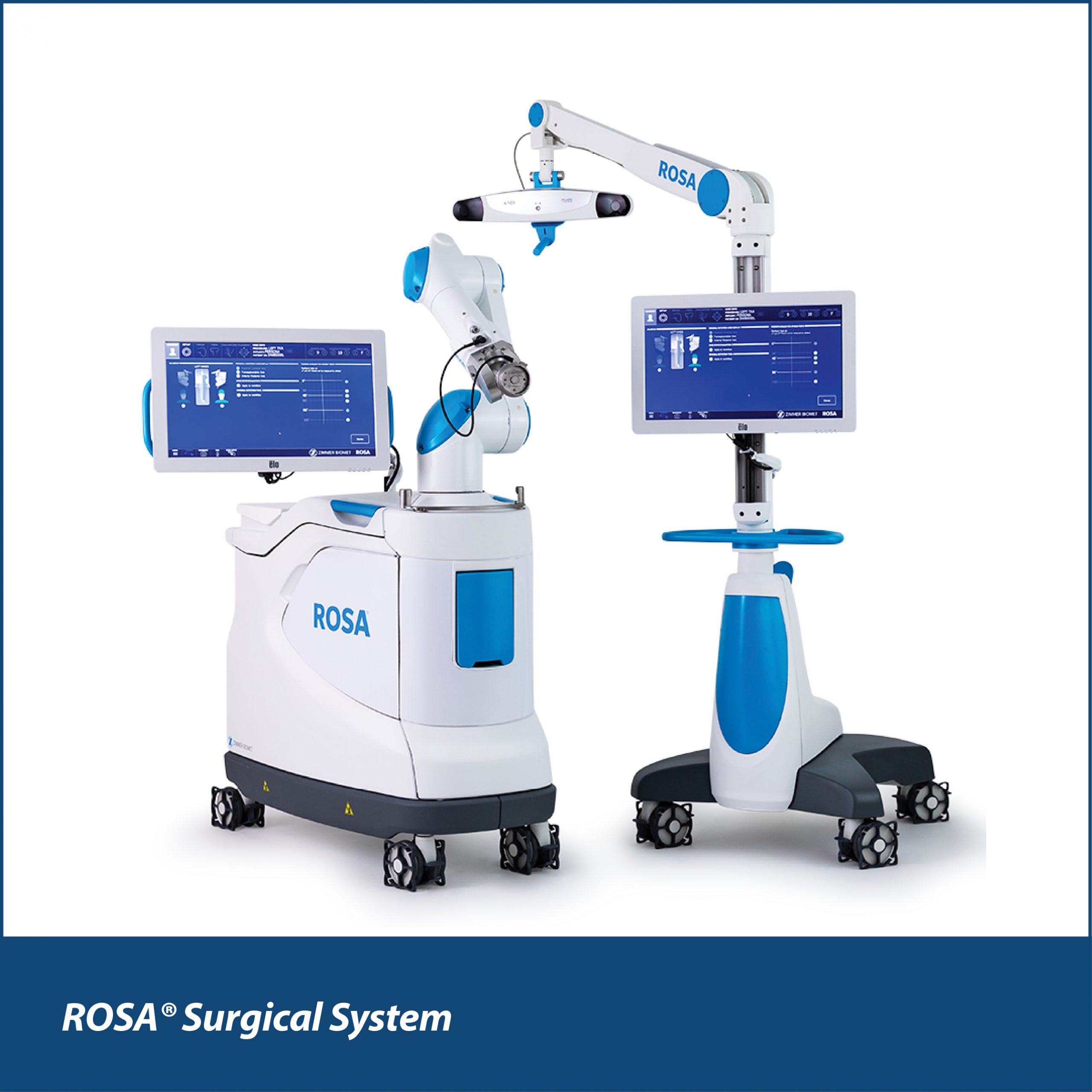 You can also watch videos of some of our surgeons discussing more about how they use robotic-assisted surgery here:

You can also read more about robotic-assisted surgery at FOI here.

Who is a candidate for robotic-assisted orthopedic surgery?

It depends on a combination of a patient’s individual factors like age, lifestyle, diet, underlying causes of the disease, and disease severity. You can make an appointment to be assessed by one of our FOI surgeons listed above to find out if you might be a candidate for robotic-assisted joint replacement.