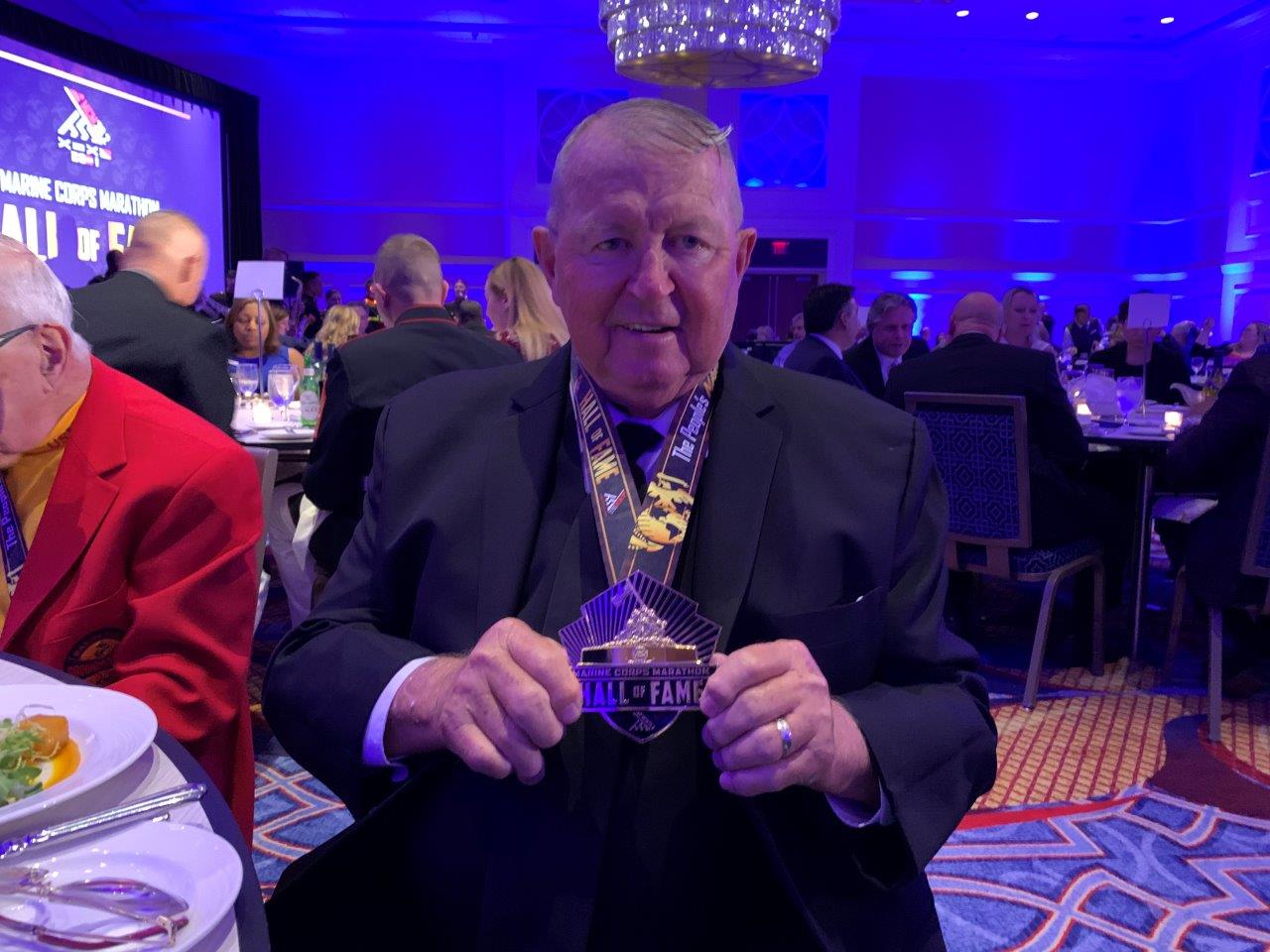 Ron Rook is a retired Colonel with the United States Marine Corps. As a child, he was extremely active, playing sports of all kinds and usually earning first place trophies in the process. Being physically fit and a well-trained athlete, he had the advantage when he first joined the Corps. Soon thereafter, Colonel Ron ran into a problem, although he’ll be the first to tell you that it was the best possible problem to have.

“I was very active all my life. I got married four years after I joined the Marine Corps and six months into it, for the first time in my life, I had all the food I could ever want. I gained ‘love weight’.”

Forty-one years ago, Colonel Ron made a decision that would forever change his life.

“During the Christmas holiday of 1968, I started running.”

And he never stopped.

By 2013, at 67 years old, Colonel Ron had finished 53 marathons including one 40-mile marathon on his 40th birthday and one 50-mile marathon. He had clearly developed a deep appreciation and love of long-distance running and the preparation involved leading up to running marathons. It was around this time that Colonel Ron noticed something looming.

“I started developing pain in my left knee and it affected my work performance as well as my home life. [Eventually], I wasn’t able to walk from one building to the next. I also wasn’t able to ride my Harley because it was 900 pounds and I’d have to keep it up with my leg.”

Colonel Ron needed solutions to his knee pain. He found them in Dr. Michael Miranda at Florida Orthopaedic Institute. Dr. Miranda is an orthopedic surgeon specialized in adult reconstruction and arthritis surgery of the hip and knee. After exhausting all conservative treatment options, Dr. Miranda told the avid runner that he would need a total knee replacement.

In February of 2014, Colonel Ron had his left knee replaced and after his intensive rehab, he was ready to get back to running.

“I asked Dr. Miranda if I could run. He said yes, but that I should mix it up with jogging and speed walking. He gave sage advice.”

Colonel Ron used that advice and, on his newly replaced knee, was able to complete four more marathons by 2018, bringing his lifetime total to 57 completed marathons. Soon needing his other knee replaced, Colonel Ron has no doubts or concerns as long as he is in the care of Dr. Miranda.

Dr. Miranda was very professional, sensitive to my pain and did such an outstanding job on my other knee that I have been able to complete four marathons on it.

Request Dr. Michael Miranda by name and follow all his medical guidance. Make sure you do all the physical therapy that they advise you to do. You have to be disciplined, dedicated and driven to do all the required PT to fully recover and be normal again without any stiffness or pain. I was very fortunate to have Dr. Miranda.”