26th Athlete of the Week | Florida Orthopaedic Institute
0
was successfully added to your cart. 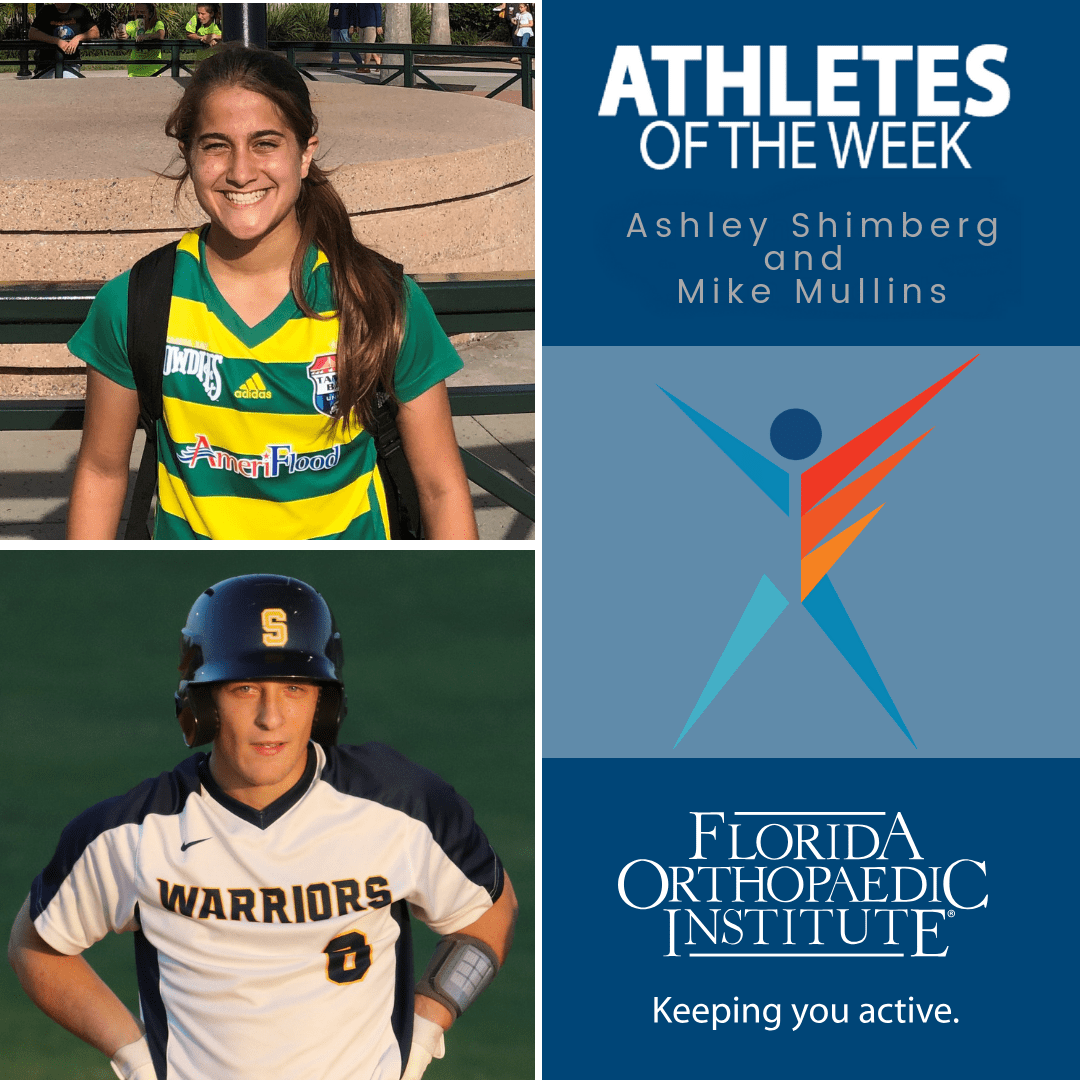 A soccer player for Tampa Prep, Shimberg was nominated by Athletic Director, Chris Lavoie, for her abilities on the field and her capabilities of guiding her team.

“Ashley is a junior on the soccer team this year.” Lavoie said. “She was named one of the captains for this season due to her leadership qualities. In a single week, she scored eight goals and had three assists.”

As a captain and leader for her team, Shimberg recognizes the importance of bettering her team while also honing her own skills.

“My goals for the year are to continue to develop my technical and mental skills and to be a better player hopefully earning an offer to play in college,” Shimberg said. “I continue to work very hard every day. Whether high school soccer or my club soccer, I try to make sure that I am getting better and working on fundamentals every day. I reach out to college coaches during my lunch time to introduce myself. This effort has helped bring a lot of coaches to watch my games and has resulted in a lot of meaningful conversations.”

Mullins, a senior baseball player at Steinbrenner, was nominated by his coach, John Crumbley, for the impressive numbers he was able to put up in one week.

“Mikey was 6 for 10 in homeruns and has seven runs batted in,” Crumbley said. “He scored two runs and had two stolen bases.”

Aspiring to play at the collegiate level, Mullins also has an academic and personal goal of becoming a veterinarian.

“I have already taken four years of Veterinary Assisting classes at Steinbrenner,” Mullins said. “I want to go to Clemson or NC State to eventually get my degree. I realized early on that becoming a veterinarian is quite a bit more than the typical four year business degree. It’s actually a medical degree of sorts. I have a passion and I am driven. With my family behind me, there won’t be anything to get in my way.”

For all the young and growing athletes, Shimberg wants to remind them to keep their heads up and to push through any adversity.

“Don’t let criticism get you down,” she said. “You will have a lot of negative things said to you sometimes. Whether it’s a college coach telling you that they aren’t interested, a current coach not starting you or other people not believing that you can realize your dreams. Don’t let any of it stop your efforts toward your dream.”