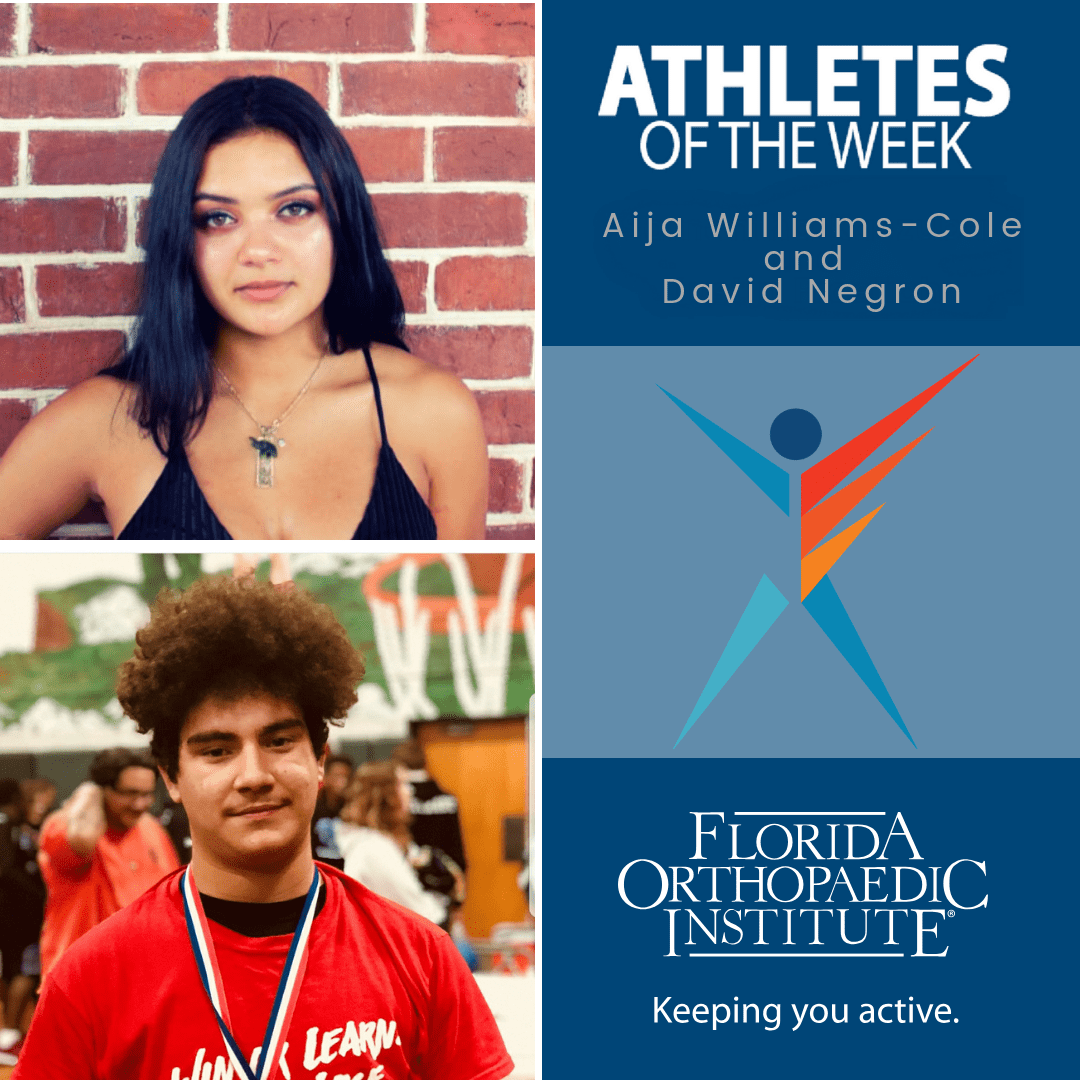 Williams-Cole, a junior Hillsborough soccer player, was nominated by head coach Stefanie Zimmerman for being an incredible asset to the team and establishing herself as a foundation of support.

“Aija is the player that coaches are thankful to have the opportunity to work with,” Zimmerman said. “She is both talented and a natural leader on the field. She is, by far, an incredible player who not only plays her position, but works to have the stamina to support other players in their positions as well.”

Alongside striving to become a better soccer player, Williams-Cole takes priority over her academics in an effort to make the principal’s honor roll.

“I have really been trying to receive all A’s this semester,” Williams-Cole said. “Organizing myself more in and out of school will help put me in the right direction and help me stay on top of my work schedule. I was running into motivation problems with completing my assignments ahead of time. I think it’s important to keep a planner to keep track of things that need to be done. It always helps to think back to my coach who passed earlier this year because I know he would want me to succeed.”

A senior wrestler at Tampa Bay Tech, Negron was nominated by head coach Edward Bayonet for his constant drive for improvement of himself and his teammates.

“For over two years, he ended most of his matches on his back with a loss,” Bayonet said. “But he continued to push forth and strive to be better than he was the match before. This season, he stepped up as captain and motivated all the athletes around him, advancing further than anyone else ever had on our team. David will forever be one of the great Titans this squad ever had.”

Negron set his sights on becoming more of a leader to his team and being able to give them the level of support that all teams should have.

“I’ve seen a lot of improvement in myself within my four years of wrestling,” Negron said. “I want my team to feel the same way I did when I first joined the team my freshman year. I want to show the team that giving up is not an option and that we expect more from them.”

Both Williams-Cole and Negron took a more personal approach to advice for other athletes, advising them that self-improvement may be the key to all-around success.

“Not everything will work out,” Williams-Cole said. “That is why it’s important to make the best of every situation you’re in.”

Negron finished with “Only you can get to yourself. Be the best you can be every day of your life.”