Don’t let pain bring you to your knees 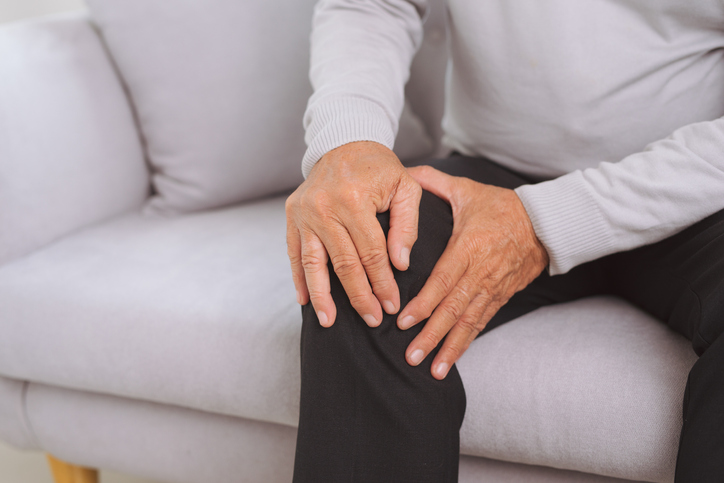 I had lost count. But it didn’t matter. I was finally at the top.

It was my second triumph on this particular trip to Rome back in 2012. The first triumph was proposing to my wife, Jessica, the day before. The second, while not as dramatic as getting engaged in a park overlooking Piazza del Popolo, was noteworthy in a different way.

Why was it a triumph to climb 70-plus stairs? Because my knee was killing me. We had walked for miles already that day — hitting sights such as the Colosseum, Circus Maximus, and the Mouth of Truth. As we made our way up the steep staircase leading to the majestic Basilica of Santa Maria in Ara Coeli, near the ruins of the Roman Forum, I realized I might have a knee problem.

A knee problem that no amount of pasta bolognese and tiramisu could distract me from.

When I returned to the States, I limped for weeks. My doctor’s diagnosis: runner’s knee. The fact that I was never a runner didn’t matter. Runner’s knee is the generic term for a variety of painful conditions near and under your kneecap.

To find out, I turned to Dr. Seth Gasser, a member of the medical staff at Tampa General Hospital. Gasser is also vice president and director of Sports Medicine at the Florida Orthopaedic Institute.

“One of the most common reasons people get it is because they’re overtraining,” Gasser told me. “They increase their mileage or their distance too quickly, and it stresses their knee more than it can tolerate.”

But as I learned, runner’s knee can happen to non-runners, too. In some ways, the kneecap acts like a car tire. “This happens when kneecaps don’t track well,” Gasser said. “It’s kind of like having a tire that’s not well balanced. If you do a lot of mileage, the tire tends to wear down. And that can happen in your knee.”

If you’re having significant swelling, stiffness, or discomfort that interferes with your daily activities, you need to see a doctor, Gasser said.

The good news is that runner’s knee can usually be treated without surgery.

“The vast majority of people will get better with appropriate therapy and simple counseling,” he said.

For actual runners with runner’s knee, Gasser said the answer is almost never to tell them to stop exercising.

“They’re exercise junkies, and they’ll just continue to do it,” he said.

The key for runners, Gasser said, is to change their exercise regimen.

“You should try other things that put less stress on the tissue around and under your kneecap,” he said. “For instance, you could swim, bike, or do an elliptical until you’re feeling better, and then try to ease back into more running.”

As for me, walking for miles on flat feet — plus climbing a ridiculous number of stairs — helped sealed the deal.

“Stairs are a classic kind of trigger,” Gasser said. “As you go up and down stairs, you’re putting four to five times your body weight on that cartilage under your kneecap. So if you have any sort of predisposition in that area that is not 100 percent normal, it can start to cause pain.”

I made another mistake in Rome that contributed to the knee flare-up. While in Europe, I didn’t want to be one of those Americans with ugly white athletic shoes. So I (stupidly) wore what I thought were more stylish shoes — but which fit poorly and had no support.

Gasser wasn’t surprised by my story. “Poorly fitting or incorrect shoes certainly can contribute to development of runner’s knee,” he said. “Given that, proper shoe type and fitting is an important aspect of treatment for the patient with runner’s knee.”

Abnormal foot configurations, such as flat feet or high-arched feet, require different types of shoes to prevent lower extremity running injuries, Gasser added. Even patients with normal feet should exercise only in properly fitted shoes, and should replace those shoes approximately every 300-400 miles. Even though your shoes may look fine, they tend to lose their shock absorption, cushioning, and stability over time.

Five years ago, when doing my exercise regimen — if you could call it that — I barely broke a sweat. Today, when I finish my workout at the boxing gym near my office, I’m so drenched that I look like I jumped in a pool with my clothes on.

And my knee feels great. After a few sessions of therapy, better shoes, and an awareness of how much strain my knees can take, I exercise more than ever.

Lesson learned: When in Rome, go easy on your knees. When away from Rome, take care of your knees so you can visit again sometime.