From Pain to Passion: The Carly Norman Story 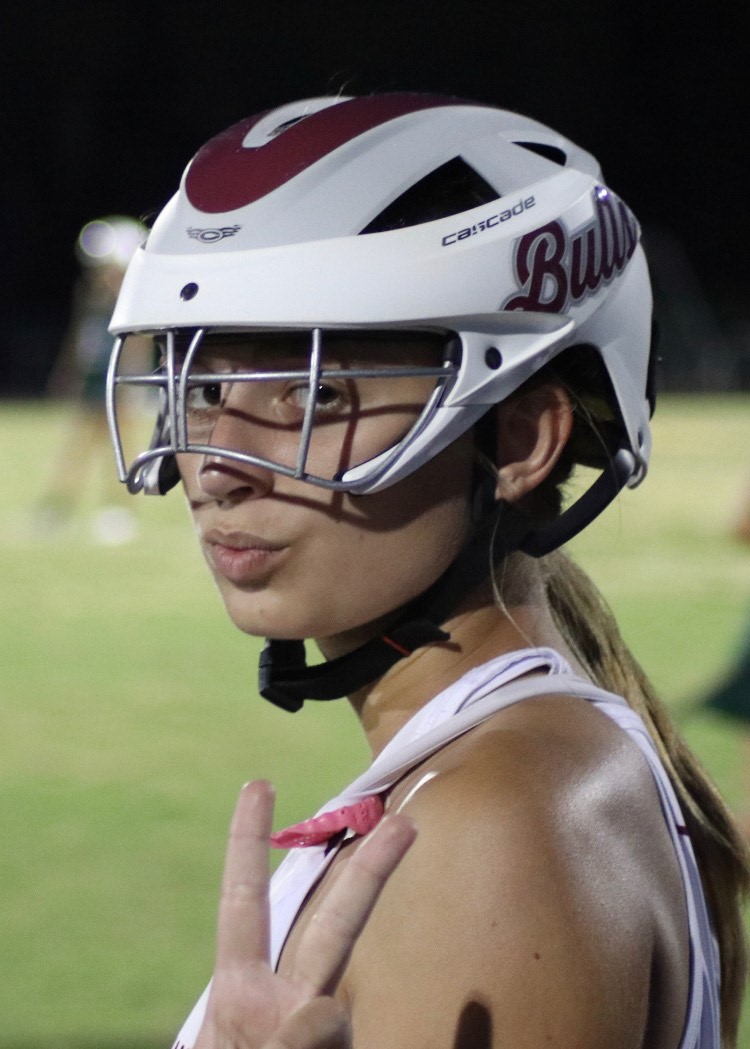 Carswell ‘Carly‘ Norman’s life came to a screeching halt in the summer of 2017 when she tore her ACL during a lacrosse tournament playing for Wiregrass Ranch High School. After an awkward pivot, Norman suddenly found herself on the ground in excruciating pain.

“It was heartbreaking,” Norman said. “It was my first year playing and I was really starting to improve. I also worked as a girls’ lacrosse referee, so my injury prevented me from doing that as well. Attending practices and having to sit on the sidelines with my crutches was not only physically challenging, but mentally challenging as well.”

Norman went through an evaluation with her primary care doctor and it was confirmed that she had torn her ACL. The next step, she learned, was to make an appointment with a Sports Medicine specialist. That is when she found Dr. Christopher Baker at Florida Orthopaedic Institute.

“During my appointment, Dr. Baker made me feel calm in a time where I was surrounded by chaos,” Norman said. “I was extremely upset about my injury, but he listened to me and gave me options as to what type of surgery would be best for me.”

Dr. Baker, an orthopedic surgeon specializing in sports medicine, shoulder and knee repair, advised Norman that the best option for her would be to utilize parts of her hamstring to replace her damaged ACL. She consulted with her parents and it was not long before everyone was in agreement.

“I was surprisingly calm on the morning of my surgery,” Norman said. “I just felt that I was in good hands. Afterwards, I had to continue to ice my knee for several months and began physical therapy.”

Norman’s rehabilitation took place at Florida Orthopaedic Institute’s Physical Therapy office in Wesley Chapel. Her recovery, led by physical therapist Richard John, DPT and Jason Davis, PTA inspired her to the point of making a decisive life choice. While many would call suffering an injury a setback, Norman, on the other hand, saw her situation as a catalyst for an aspiring career.

“I remember on the first day of physical therapy, I was shocked that I couldn’t flex my thigh,” she said. “For most people, this would cause great alarm, but I instantly found it so interesting how my body rejected commands from my mind. Throughout the several months of physical therapy, I began to develop a passion for the career.”

“When I met Carly, it was important to our team to fully restore her knee to full function after Dr. Baker’s surgery as it was evident that returning to lacrosse was a big part of her life,” John said. “It was rewarding to know that physical therapy not only helped her goal of returning to lacrosse, but also inspired her career path.”

When Norman was fully recovered and had to bid physical therapy farewell, she found it somewhat bittersweet. The incredible care team at Florida Orthopaedic Institute had left such a lasting impression on her that, as eager as she was to get back on the field, she wished she could stay a few days longer.

“I am not a star athlete,” Norman said. “I am just a kid who got injured playing a high school sport. However, the care team treated me as though my recovery was their top priority. They never failed to put a smile on my face and I know my recovery would have not gone as smoothly as it did without their positivity.”

Norman soon stepped back on the field. A defensive player, she constantly has her head on a swivel looking to protect her goal. That does not mean, though, that she won’t sprint with the ball given the chance.

“During my first game after surgery, I scored my first goal ever,” Norman said. “I’m not usually a scoring player, but once I had the ball in my stick, I ran with all of my might to score that goal.”

Carly Norman has not stopped running since she regained her mobility. Now a health science major at the University of Central Florida, she keeps herself busy volunteering at local physical therapy clinics and participating in research studies as she paves her way towards graduate school.

“Learn something from your injury,” Norman said. “For me, I learned that I am extremely passionate about the medical field and I now want to pursue a career in physical therapy. It is so easy to focus on the negative aspects of being injured, but when you look at the big picture, you are exposed to so much room for personal growth, both physically and mentally.”

Norman was recently chosen to co-chair the Promotions Chair for the UCF Undergraduate Physical Therapy Association.