By Kyle KarpiscakSeptember 24, 2019October 22nd, 2019Athlete of the Week
No Comments 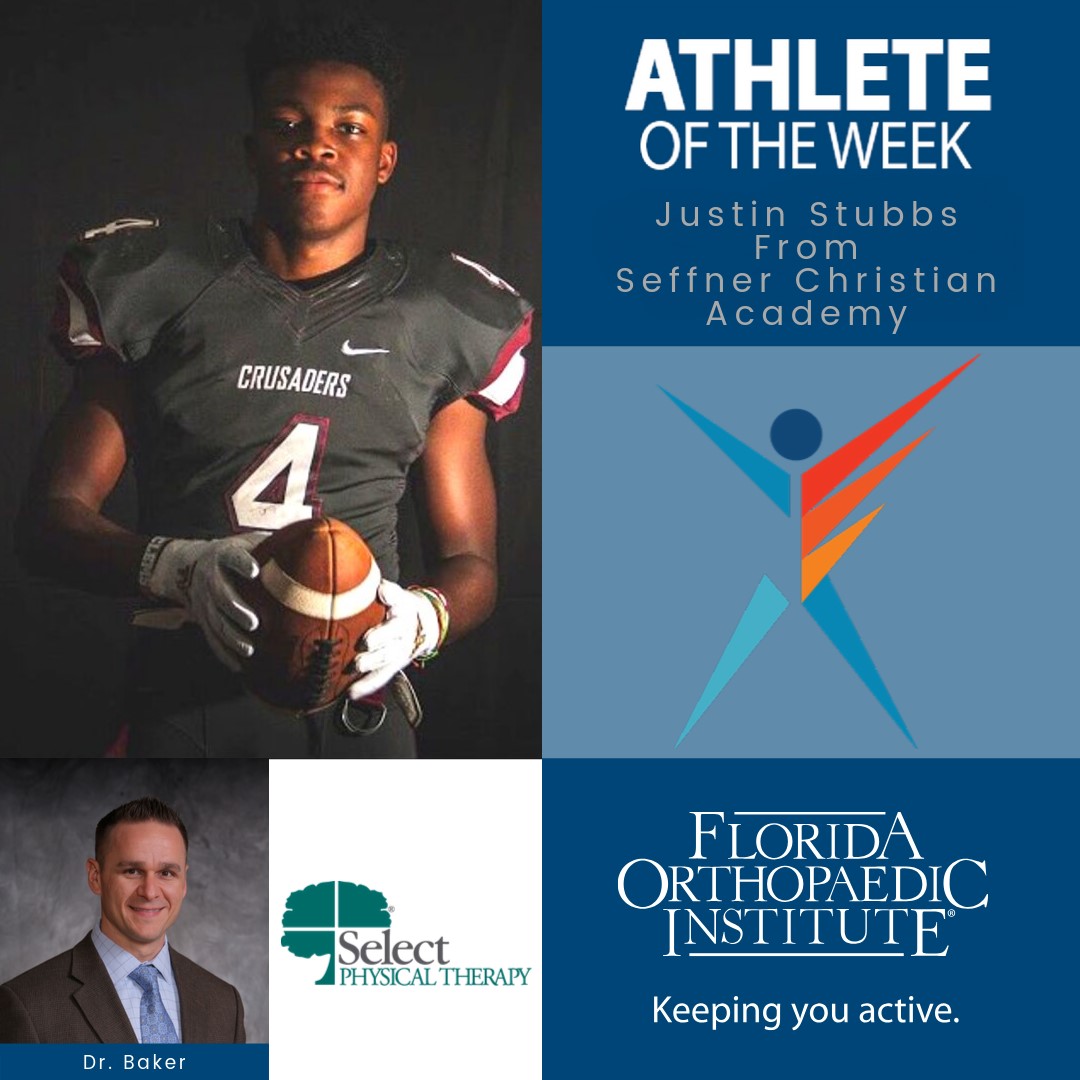 Travis Puleo, head football coach for the Crusaders, nominated Stubbs for his incredible performance in the Academy’s season opener against Orlando Christian Prep.

“Justin Stubbs had a great game on 8/23,” Puleo said. “He recorded 19 carries for 135 rushing yards, two touchdowns and seven tackles. He serves as a captain and is on the leadership council on our football team. Justin also leads in the classroom with a GPA of 3.6.”

Stubbs’ efforts did not stop there. During Seffner Christian Academy’s next game, against Holy Trinity Episcopal, Stubbs carried the ball another 14 times with a long of 21 yards. He recorded another seven tackles and an interception.

“I’ve been playing football since I was five years old,” Stubbs said. “I love the game! I want to be the best and that drive helps me to keep going. I am grinding in the weight room and pushing myself at every practice. I am also staying on top of film and giving my all when I am on the field.”

In the midst of setbacks, Stubbs is determined to lead his team to the very end, hoping to capture over 1,000 rushing yards and a state title.

“My team is having a rough go with many injuries this season and it hasn’t started as we would have liked,” he said. “I am doing my best as one of the team captains to keep the team motivated and performing the best I can at each game. Reaching these goals would be amazing because I know it is something that I have worked hard for. It is something that my team has worked very hard for.”

Being a team captain is not just about leading. It is also about fostering an atmosphere in which the team can depend on one another and work together. Stubbs does not take his role for granted, making sure that his teammates are on the same page as they work towards a successful season.

“In order to be the best in any team sport, you have to make sure you are not only playing for yourself, but for your team,” Stubbs said. “Football is a team sport and it takes 11 guys to win in this game.”