20th Athlete of the Week | Florida Orthopaedic Institute
0
was successfully added to your cart. 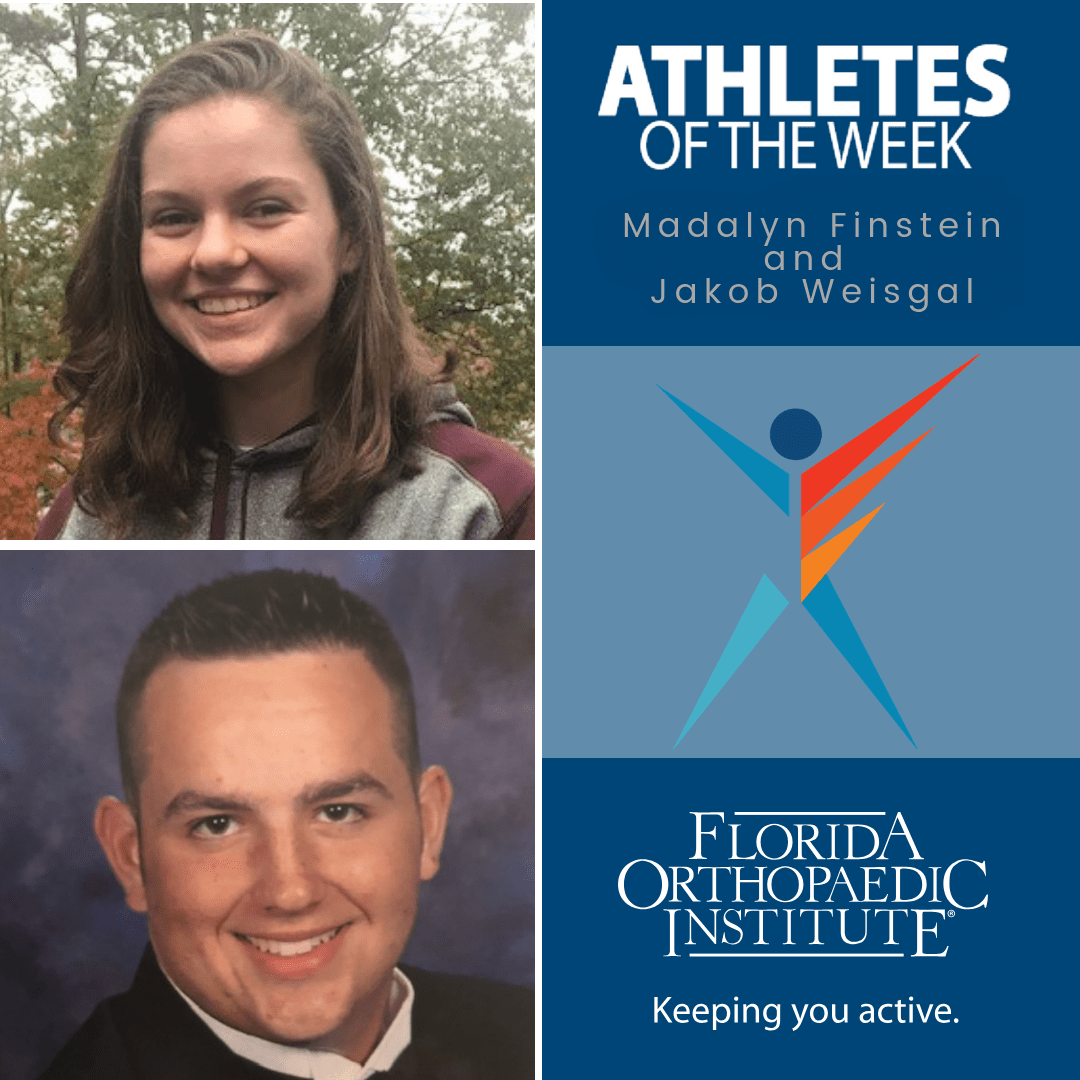 A senior wrestler at Tampa Bay Tech, Weisgal was nominated by his head coach, Edward Bayonet, for his passion and determination to help his team advance.

“Jakob has always had the heart of a captain,” Bayonet said. “His love and knowledge for our sport has always been at a high level. He suffered many injuries every year he wrestled, but did not let them stop him. He would be back, the next day in some cases, continuing to motivate and encourage others around him. After recovering from another injury, Jakob was able to advance to Regionals. His name will be one that this team will echo for a long time.”

As one of the captains for his team, Weisgal seeks to make a lasting impact on his team that will remain long after he graduates.

“Wrestling is unlike any other team sport,” Weisgal said. “Once a wrestler is on the mat, it is just him and his opponent. This requires dedication and fortitude. I would like to prove to myself, and to a few others, that I have the willpower to finish my fourth season strong. I want to leave TBT knowing that the wrestling program is solid and that I contributed, especially this year. I hope that I will have acted as support for the underclassmen too.”

Finstein, a volleyball phenom at Middleton, was nominated by head coach Robert Dodson for her tenacious commitment and relentless drive for success.

“Madalyn has climbed to the top to become a team leader in kills, blocks, served aces and total attack attempts,” Dodson said. “It is that dedication, to what she does and how she is, that other girls see. Even upperclassmen look up to what she does. On top of her play on the court, Madalyn currently has a 4.0 un-weighted GPA in a combination of honors, AP and STEM courses where she is studying bio-medical sciences. Madalyn is the epitome of a team player in every aspect and I could not be more proud to be her coach.”

Pursuing goals of getting stronger both physically and mentally, Finstein knows what it will take to triumph.

“Strength is a valuable trait to have,” Finstein said. “Being mentally tough will benefit me by making me a better leader, teammate, athlete and person. Having that grit associated with mental strength will also help me reach other future goals. I am going to accomplish this by working harder than anyone. This means sacrificing my mornings and afternoons to get on the court or in the weight room to train. I will have to learn to keep pushing no matter how tough it gets and trust in my love for volleyball.”

Amidst the obstacles that high school athletes face on a daily basis, both Weisgal and Finstein advocate for being true to yourself and to not sweat the little things.

“I’ve learned to be myself,” Weisgal said. “And that people will accept me or they won’t. Either way, I’ll be okay. I would tell incoming freshman to get involved in what feels right to them. High school is only four years. It can be a great four years depending on how you choose to live it.”

Finstein continued, “The best advice any coach has ever given me is ‘Next ball.’ In sports, you make mistakes. Not every hit is a kill and not every pass is perfect. To me, ‘Next ball’ means that you should not dwell on the past when the future is right in front of you. It inspires me to make the next play better than the last. Love the game and play for the athletes standing next to you. Sacrifice the ME for the WE.”