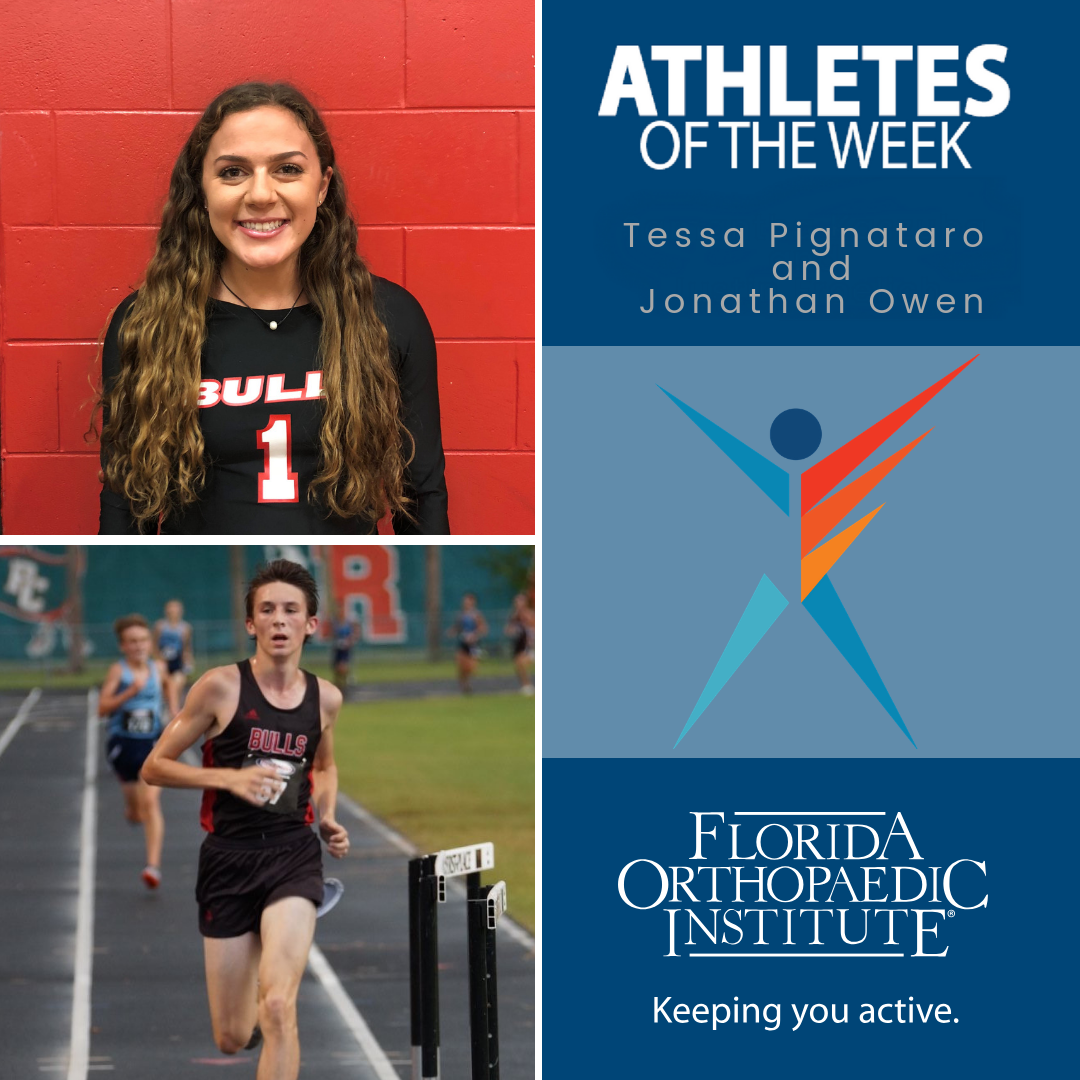 Tampa, Fla. – October 16, 2018 – Florida Orthopaedic Institute (FOI) is proud to announce its Athlete of the Week award winners for the week ending October 19, 2018. This week’s winners were recognized by their respective Head Coaches for their leadership and commitment to their teams. Jonathan Owen is one of Bloomingdale’s team captains for cross country and Tessa Pignataro is a leading member of the school’s volleyball team. Both students have outstanding goals for their senior year. Owen wants to make it to the state finals and Pignataro hopes to lead her team to win a district championship.

“Jon is an amazing team player and leader! He is one of our team captains this year. He leads the team on and off the race course. He supports everyone on the team and encourages our new and younger runners,” said Beach. “He just recently won the Flrunners.com Invitational and led the team to a close 2nd overall finish. He has worked since his first year with us to set the best example and his hard work has paid off!”

“I first started running in my freshman year and was really inspired by the juniors and seniors, mainly Bo Benik and Colin Boutin. Not only was I inspired by how well they did, I was also inspired by their dedication and how well they led the team. I really want to go to States one time before I graduate and this is the last chance I have,” said Owen.

Tessa Pignataro was nominated by Head Volleyball Coach Justeen Coulson for her efforts in leading her volleyball squad.

“Tessa is one of the hardest working kids I have ever coached. Tessa shows up every day committed to excellence and committed to her team. She is a selfless athlete that understands the true concept of the word teammate. I am so impressed with Tessa on a daily basis and I know she will succeed in anything she sets her mind to because she already does that every day as a high school student,” Coulson said.

“As a Senior, I would like to carry on the legacy of winning districts. It would make it the third year in a row of winning the championship. I want my team to accomplish this goal. If we play to our full potential, we are more than capable of winning,” said Pignataro.

Florida Orthopaedic Institute’s Athlete of the Week campaign was designed to focus the attention on student-athletes, recognizing them for their hard work and dedication both on and off the field. The Athlete of the Week award can be earned by displaying one of the following characteristics:

Team Player: Athletes who are nominated for excellence in team play are chosen by a coach who feels the athlete does his or her best to put direction into action, make a significant contribution to the team and continuously works to improve his or her skills, attitude and training.

For an archive of previous award winners, please follow this link.