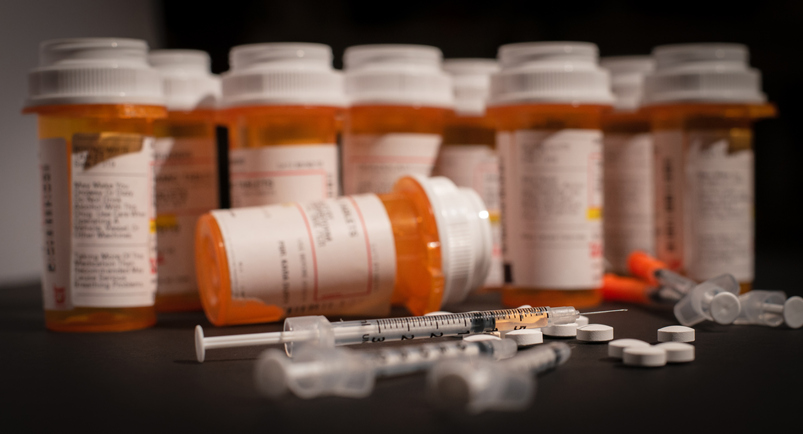 According to Andrew Kolodny, who co-directs the Opioid Policy Research Collaborative at Brandeis University, the pharmaceutical industry is “almost entirely responsible” for the epidemic, but shares blame with the regulators at the U.S. Food and Drug Administration who failed to enforce the law as they should have.

Kolodny, who is executive director of Physicians for Responsible Opioid Prescribing, said the pharmaceutical industry funded a “multi-faceted campaign” that “changed the way the medical community thought about opioids and changed the culture of opioid prescribing in the United States in a way that would lead to a public health crisis.”

The campaign, Kolodny said, was a coordinated message sent through various channels to appear as if it wasn’t directly from drug manufacturers. If that had been apparent, he said, the medical community would have been more skeptical, “less gullible.”

One pain specialist, however, said that while the drug companies are “not innocent,” doctors bear more responsibility for failing to do their own research and not digging into the bogus information they were given.

Dr. Steven Barna, who practices in Tampa, Florida, said he was trained at Harvard “to give as much narcotics as possible” to alleviate pain. Barna remembers seeing the drug companies in action hosting lunch meetings and conferences. Drug companies sometimes even paid for textbooks, which was a lot of money for a young medical student.

Barna had his fellowship around 2001 and 2002, and remembers combing through thick patient charts, trying to determine which combinations of opioids they hadn’t yet received. That’s how he was trained — to administer various doses of different medications.

But when he became an attending physician responsible for his own patients, he saw that all those drugs over long periods of time weren’t helping them, and they had no quality of life.

So Barna dug deeper into the literature and realized there was no good evidence that opioids were effective at treating chronic, non-cancer pain. He decided to find non-narcotic alternatives to treat these patients.

Doctors, he said, are educated and are supposed to be smart. “You should be able to look through this stuff and determine what’s right,” he said. “You can argue it’s the physicians’ fault for not being more critical about it.”

But health care professionals frequently don’t understand the dangers. According to one survey, for example, nearly half of internists, family physicians and general practitioners incorrectly thought that “abuse-deterrent” pills were less addictive than their standard counterparts. The pills may be harder to crush or manipulate, but they are just as addictive as traditional forms of opioids.

In that same survey, a third of health care providers wrongly said they believed that most prescription drug abuse is by means other than swallowing pills as intended. In fact, oral ingestion is the most common route by which opioids are abused.

In addition, a quarter of doctors responding to the survey said they were either slightly or not at all concerned about the potential for opioids to be diverted from legal use to the illicit market, even though this practice is common.

Kolodny and Fugh-Berman said the drug companies overwhelmed the medical establishment with the message from many different directions that appeared to be coming from peers and authority figures.

The fact that the message came from various places is what made it work, Fugh-Berman said. “If it’s what your hear in a lot of different settings, it seems like a consensus,” she explained. “And that’s how industry controls medical discourse. You don’t have to get to everybody. You have to get to opinion leaders, who then affect the opinions of their peers…You have to get to their teachers.”

Opioid makers pumped money into professional societies and organizations, including the Joint Commission on the Accreditation of Healthcare Organizations and the Federation of State Medical Boards, as well as what Fugh-Berman described as “fake organizations” established for this purpose.

Certain doctors, who were dubbed “key opinion leaders,” were given funding to spread the message that opioids were an enlightened option for people in pain, and that those physicians who withheld them in the past were stingy and cruel.

“Many of the people involved in this campaign to increase prescribing did believe what they were saying,” Kolodny said. “But those who were getting paid well may have figured out much quicker that what they were saying wasn’t true if it wasn’t in their financial interest to keep doing this.”

Drug companies like Purdue Pharma, the maker of OxyContin, he said, “gave a megaphone to people who had these views.”