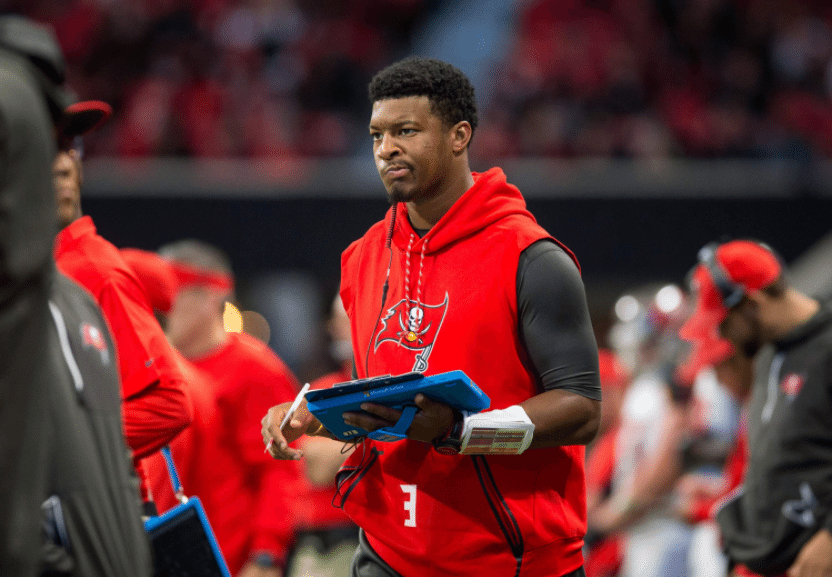 TAMPA — As the Bucs work to get quarterback Jameis Winston fully recovered from a right shoulder injury to make a healthy return Sunday, his treatment has included a blood procedure known as platelet-rich plasma therapy.

“PRP has been around for a while, but it’s gotten much more popular in the past five years or so as one of these so-called biologic treatments for injuries,” said Dr. Seth Gasser, vice president and director of sports medicine at the Florida Orthopaedic Institute. “When getting back on the field is really important, it can be another option to try to speed their safe return to play.”

A PRP injection is also known as “blood spinning” because the procedure uses a centrifuge to spin a sample of a patient’s blood, isolating the platelets from the rest. Platelets are crucial in tissue regeneration, and the process creates a concentrated sample — up to seven times as many platelets — that can be safely injected into the injured area to speed recovery.

“The main reason for doing PRP in most cases is to optimize the healing process and minimize the recovery time,” said Dr. Ricardo Colberg of the Andrews Sports Medicine & Orthopaedic Center in Birmingham, Ala., which handles about 150 PRP treatments a year. “PRP is estimated to decrease the healing time to roughly half to two-thirds quicker recovery. Let’s say from three months to four to six weeks.”

Winston injured his throwing shoulder in the Bucs’ game at Arizona last month, and he played through the injury for another three weeks, taking additional hits to his shoulder along the way. The Bucs then opted to rest him for three games to allow the shoulder to fully heal, and part of that process was PRP therapy three weeks ago.

On Monday he was cleared to resume practice, and if there are no setbacks, Winston can return to playing Sunday for the Bucs’ game at Green Bay.

“Platelets contain these things called alpha granules, which are full of growth factors that function in things like tissue healing and decreasing inflammation,” said Gasser, who said PRP can be used for arthritis or in post-surgical recovery. “In the case of Jameis, they’re using it for a patient who had some kind of soft tissue injury in the shoulder to help stimulate more complete or rapid healing.”

Gasser said a PRP treatment can cost between $500 and $1,000, and one reason they aren’t more popular with the general public is that they’re generally not covered by insurance.

A treatment can take as little as 15 minutes from when blood is drawn, spun then injected back into the patient. It doesn’t work for everyone, but the only real risk is soreness at the point of injection; because a patient’s own blood is used, there’s no threat of rejection reactions.

PRP treatments are fully allowed by the NFL. It is handled much differently than “blood doping,” in which blood is removed for a longer period of time, allowing the body to replenish the blood and then adding oxygen-rich blood back to the system.